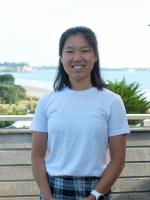 My passion lies with the environment. I am known among my friends as the person who brings vegan dishes to potlucks, refuses to use straws, and cycles everywhere. However, the global environmental problem is far from solved through individual effort, and there is a calling for leadership to do more.

Traditionally, environmental protection and economic development were seen as two opposing forces; since the Industrial Revolution, the economy has thrived on an over-extraction of Earth’s resources. However, we are finally paying attention to the backlash of human economic activity on the environment. Environmental protection and economic development need to go hand-in-hand. I wish to use economics to mediate between these two seemingly opposing forces and make a contribution to this crucial decade for humanity.